Dr Emily Garside (Independent Scholar) will be presenting her paper, ‘British-American Angels: How Angels in America flew into Britain’s National Theatre’, at 3.30 p.m. on Tuesday, 24 March 2020. The event will take place in the University of Wolverhampton’s Mary Seacole Building, MH 002.

Tony Kushner’s 1994 play Angels in America is a landmark work of American and LGBTQ drama, a key response to the AIDS crisis, and a landmark production for
Britain’s National Theatre. The play, and Kushner’s relationship with the National beyond it, are integral to both the playwright, play and theatre’s history. This talk will cover productions of Angels in America with particular emphasis on the ‘bookends’ of
the original 1993 National Theatre production and the 2017 revival (including the 2018 Broadway transfer). The previously unexplored connection between Angels and Britain’s National Theatre allows for a unique angle of analysis framing Kushner’s text in respect to the first and most recent productions at the National. 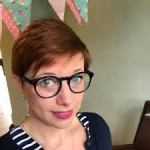 Emily Garside is a playwright, dramaturg, and academic specialising in the role of theatre as a social tool, particularly in response to the AIDS epidemic. She is a leading authority on Tony Kushner’s Angels in America, and was academic advisor to the 2016 National Theatre production of the play. Her other academic interests include activism and performance, audience research, and Fan Studies. She has published across a range of interests/disciplines including Iain Banks, Sherlock Holmes, Location and TV, and Punchdrunk. As a playwright, Emily’s work has been performed across the UK.

This entry was posted in Research Seminars and tagged AIDS, LGBTQ, National Theatre. Bookmark the permalink.